Kelly Austin is an Assistant Professor of Sociology at Lehigh. She is in Bududa, Uganda this summer with a group of students pursuing her research in community health. You can see her previous posts here.

I’ve been winding down working on my own research here and I am focusing on enjoying my last few days in Bududa. The rain has also continued, making getting around an adventure. Today was the Lehigh interns’ last day working at the school, PDI Education Center. The Lehigh interns did an amazing job over the last two months. They were quite hard-working and self-sufficient, which made my job easier and allowed me to get more research done. One of the Lehigh interns is studying business. He did great work drafting a formal report on the current status and challenges with the school, the chief one of which 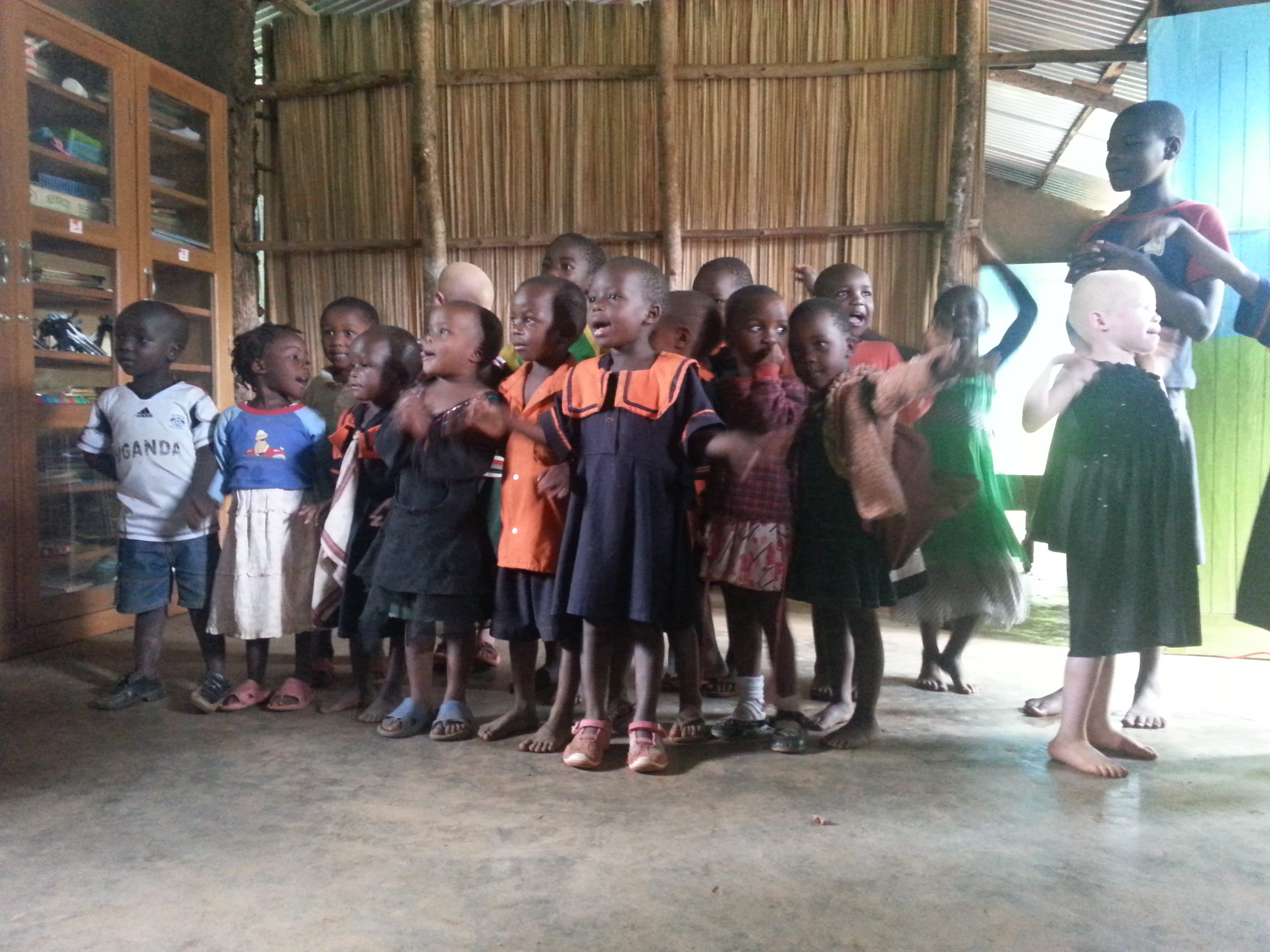 had to do with over-hauling the school budget. The Lehigh student visited about a half dozen other primary schools in Bududa for comparison, and was able to develop relevant recommendations for PDI Education Center concerning staffing, staff payment structures, changes to the school fees, etc. The PDI board of directors already approved his recommendations, so I am sure that his work will have a lasting impact on the school for years to come.

Early in the summer, the Lehigh interns noted that there was a dearth of learning materials on the walls of the classrooms, as well as an absence of the young pupils’ work and art. I was so happy when we visited the school this morning and I saw all of the materials they created with the young pupils featured on every wall. Another highlight was the goodbye and thank you ceremony that the children put on for us. They sang of series of several songs, danced, and gave short speeches. A few of the songs were created just for us, as they had special messages in them. For example, one group of children sang lyrics that said, “We are so sorry you are leaving, will you write a letter to us?” Other songs included messages of “thank you” and they would insert our names in each chorus. After the performance, we played outside with the children. We blew bubbles, which were a huge hit!!! We also rewarded the children with some “sweets” or candies – a very rare treat for many of these children.

Meanwhile, back at the Zaale compound, one of the Lehigh students who is doing an exploratory project on mental health held a mini-convention where he brought together the different health workers, religious leaders, local healers, and community leaders he has been interviewing over the last several weeks. A major preliminary finding from his research is the need for greater collaboration among these actors, as mental illness, or “madness” as they refer to it here, is believed to come from a variety of causes, such as bio-medical, witchcraft, or a lack of faith. While the Lehigh student was initially hesitant to bring together so many people with different perspectives on the issue, he reported that the conversation “went great”. His participants were able to see common ground surrounding the lack of resources for mental health and grew to not perceive each other as threats or having competing interests in trying to treat people afflicted by mental illness.

Our next couple of days will have similar culminating events – including a large convention and business training workshop for the village savings and loans association (VSLA), which is the other main aspect that the Lehigh PDI interns have been working in. Maayi and Papa Zaale are already sad for our departure from Bududa on Monday – and we are too. I caught a couple of the students holding back tears during the performance at PDI Education Center. However, there is another huge celebration to look forward to on Sunday – Papa’s 72nd birthday! Our last full day in Bududa will be marked by the birthday of Papa David Zaale. Certainly, living to be 72, while being such an amazing leader in his community, in education, female empowerment, health, savings, and beyond, is something worth commemorating.

Just as I was finishing writing this, the power went back out. So, the power has been on a mere 24-ish hours in the last 10 days. In Uganda, you just have to roll with the punches.