It never occurred to me to wonder until recently when a curious Lehigh researcher asked whether Taylor Street was named after Lehigh’s Charley Taylor, or the 12th President Zachary Taylor. Like many members of the Lehigh community, I was under the impression that Taylor Street was named after Charles Taylor, Lehigh Class of 1876. Taylor Gym, Taylor Hall, Taylor Field* and Taylor Stadium* were all named to honor him. Several Lehigh streets naturally appeared after a new building was built, such as Williams Drive, named after Williams Hall, Johnson Drive, named after Johnson Hall, Sayre Drive, Library Drive and so on, was Taylor Street named after Taylor Gym, Taylor Stadium and Taylor Field? Taylor Gym was built in 1907, Taylor Field was opened in 1914… but Taylor Street was “renamed” in 1919! The street in front of the Taylor Field and Gym was originally called Locust Street and it was already there before Lehigh’s Taylor buildings, stretching from 2nd Street to the Lehigh Campus.

When Bethlehem and South Bethlehem were incorporated as the “City of Bethlehem” in 1918, in order to prevent postal and legal confusion, some South Bethlehem streets whose namesakes already existed in North Bethlehem were given the United States Presidents’ names. In the period following WWI implementing nationalist terminology was a good opportunity in culturally mixed South Bethlehem. Eastern European immigrants were pouring in to the South Side seeking jobs in Bethlehem Steel Company. The very first mayor of the newly incorporated city was Archibald Johnston, Lehigh Class of 1889, and the former vice president of Bethlehem Steel. For a while, the public and the local papers referred them as the “Presidential Streets” and then over the years the original names of these streets were forgotten.

To prevent confusion during the transition period, area maps in The Lehigh Freshman Handbooks contained both the new and the old names of the streets (see the area map from the 1920-21 Freshman Handbook). 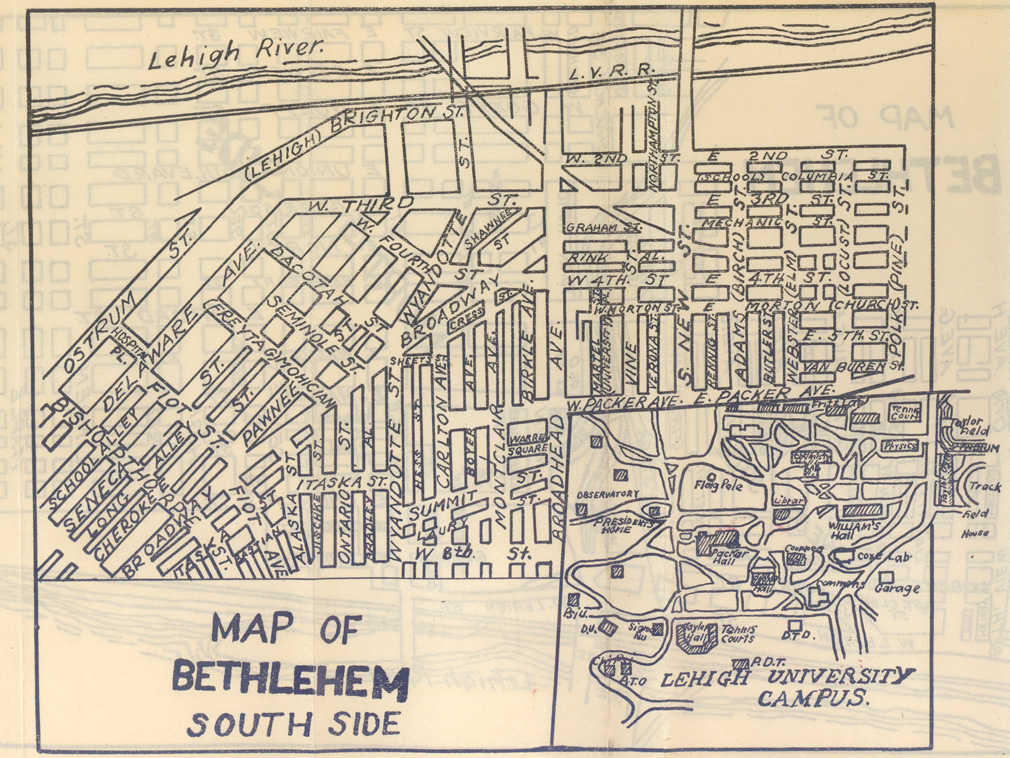 The Presidential Streets were named in such a fashion to follow the order of the U.S. Presidents whose names were not already in use in the Bethlehem streets. Adams, Taylor, Polk, Fillmore, Pierce, Buchanan, etc. replaced Elm, Pine and Locust. However, after Adams Street, “Webster” was inserted, referring to an “unsuccessful” presidential candidate Daniel Webster then that was followed by Taylor which was followed by Polk, and so on. It seems that Taylor was miraculously replaced Locust where Lehigh’s Taylor Field, Taylor Stadium and Taylor Gymnasium were located. One wonders whether the name Taylor chosen for Locust Street which was running through the Taylor Athletic Complex coincidentally.

Even though it stretches out of the Asa Packer Campus, Taylor Street seems a natural part of Lehigh, as natural as “Packer Avenue”. Whether it is referring to Zachary or Charley, we are glad that Locust was renamed as Taylor.

Today, Rauch Business Center (1990), Taylor Gymnasium (1914), The Dialogue Center (1890s) and Grace Hall (1940) have been located on Taylor Street but the old maps and documents remind us that Taylor Gymnasium once was on Locust Street. I have done some research to figure out why Webster was inserted after Adams, and why Locust Street became Taylor… Was it a coincidence or not? I am sure there is a document that explains how this decision was made but I couldn’t find it yet.
Let me know if you find or know anything about this puzzle.

*Taylor Field and Taylor Stadium were located on where Zoellner Arts Center and Rauch Business Center are now.

2 thoughts on “Was “Taylor Street” Named After Zachary or Charley?”