This May 30th will mark the 47th anniversary of the dedication of Mart Library, back when its addition (which morphed it into Fairchild-Martindale library) hadn’t been built yet.

The Mart Science and Engineering Library was a milestone project for the career of James D. Mack, the head librarian at the time, and the dedication was a sensational affair.

To help commemorate the birth of this new library, Mack invited a very special guest: Mary Clara Gravez, the first reference librarian at Lehigh. Ms. Gravez became reference librarian in 1947, retired in 1955, and attended the dedication ceremonies on May 30, 1969. At 85 years old, she traveled all the way from Evansville, Indiana. 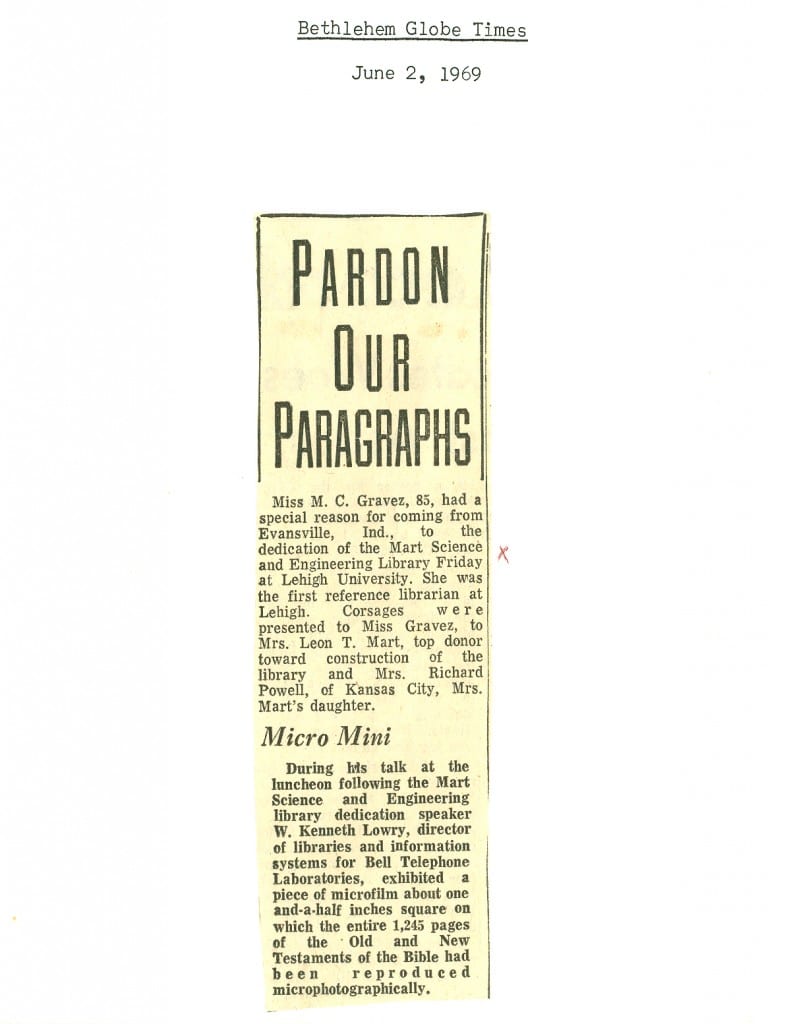 Ms. Gravez was celebrated at the dedication, and even received a corsage along with Mrs. Leon T. Mart, the library’s largest donor, and Mart’s daughter, Mrs. Richard Powell.

In Gravez’s thank you letter dated June 9, 1969 to James Mack, she writes about how much she appreciated all of the attention, compliments Mack on the event, and even calls the dedication her “swansong.”