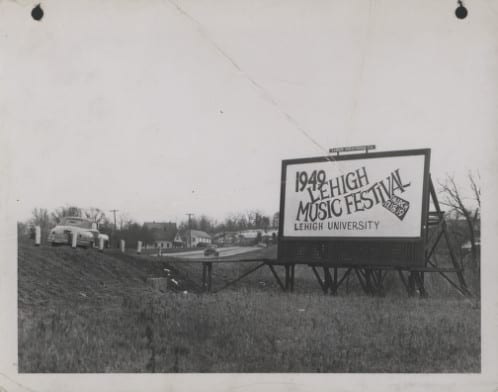 In 1948, Lehigh began a new tradition: the Lehigh Music Festival. The festival was well-met, with the first event attracting about 400 attendees. The next year, however, was the biggest festival year with 1100 attendees and plenty of publicity as seen with the billboard pictured above. The 1949 Music Festival was not a sign of years to come, though. The Festival would be cancelled several different times in the years leading up to 1959, but students wouldn’t let the festival go without a fight. There were several Brown and White articles in 1958 advocating for a festival in 1959 after the ’58 festival was cancelled. Meetings were held to judge student interest and the 1959 festival was ultimately planned and executed, but it would be the last of its kind. 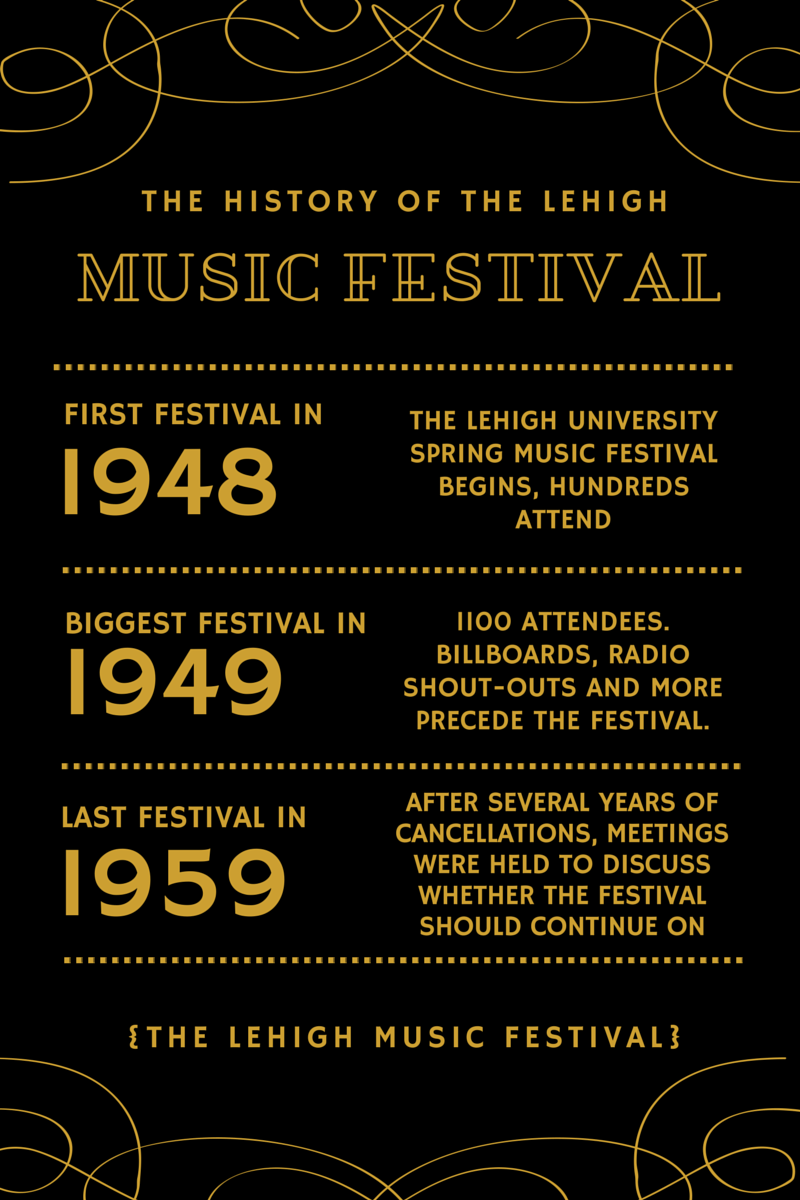 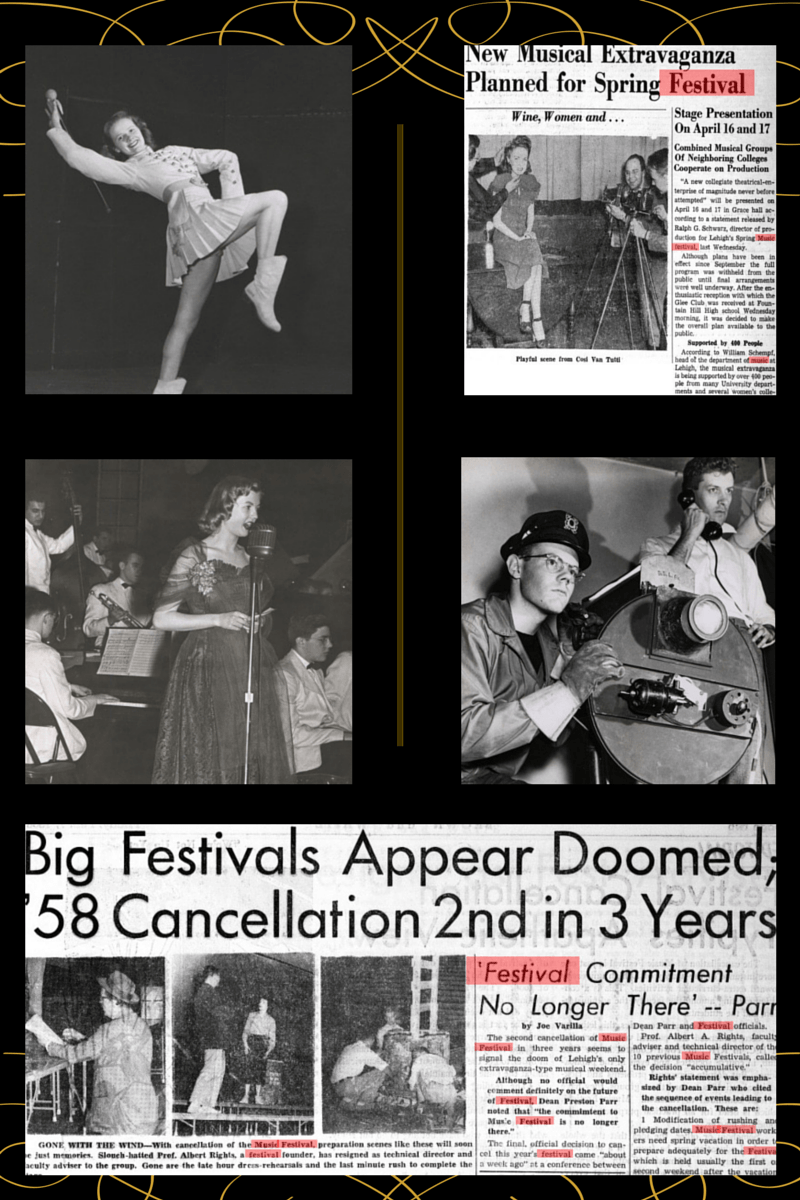 Quentin White with his architectural model for the 1959 festival