Following last week’s post about the city of Pithole and the mid-nineteenth century oil boom in Pennsylvania, William J Buck’s 1876 publication Early Accounts of Petroleum in the United States has been digitized and made available to read or download in Lehigh’s Digital Library. In this book, the author establishes a timeline describing the discovery  and documentation of petroleum in what is now the United States. 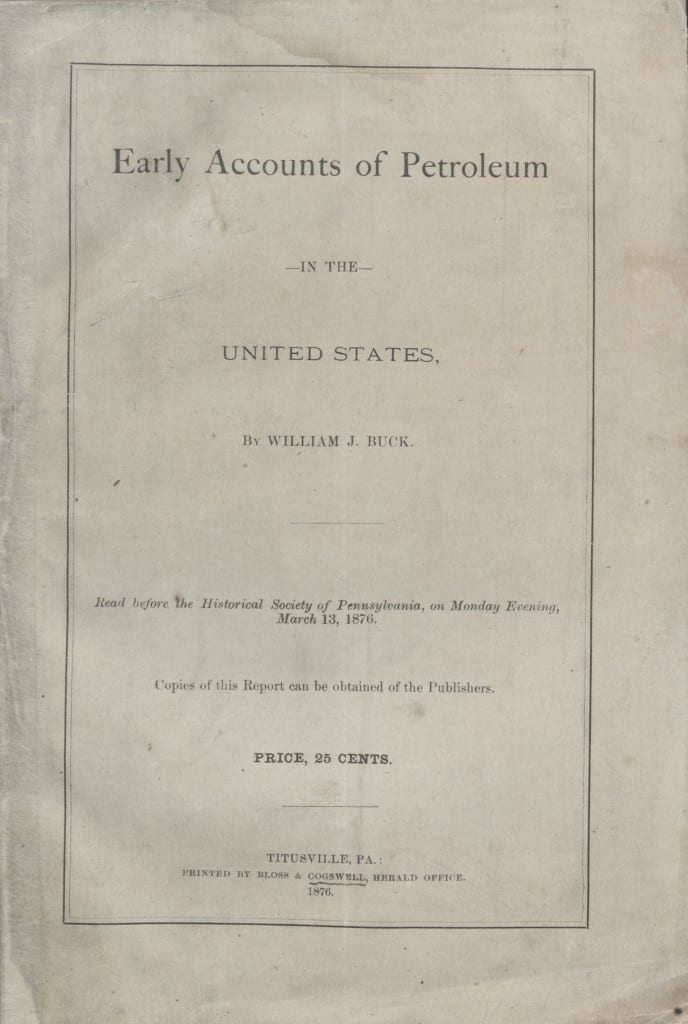 Buck identifies the earliest mention of petroleum in the United states as being in a July 18th, 1627 letter sent by a French missionary, which describes, “a good kind of oil which the Indians call a touronton…. the meaning thereof is ‘there is plenty there,’ or ‘how much there is !'” (p. 1) He traces the first mention of oil in the state of Pennsylvania to another French missionary and historian, who in 1721 describes “a fountain, the water of which is like oil and has the taste of iron” as well as “another fountain exactly like it, and that the savages made use of it to appease all manner of pains.” (p. 2) Buck identifies the name associated with this early oil fountain, located near Cuba, NY, as Ganos, which he links to the word for “liquid grease, or oil” in the Iroquois language (p. 2). Expanding on the notion of oil as a pain reliever, he cites several different authors describing petroleum or “Seneca Oil” being used by Native American tribes as cures for various ailments including smallpox “rheumatism, and for sprains and sores.” (p. 2) Another writer that he quotes claims that, “‘At Pittsburg they keep this oil in bottles, and attach much confidence to it as containing some mysterious efficacy.'” (p. 7) Buck dates the first geographical illustration of petroleum in Pennsylvania to an English map created in 1755. 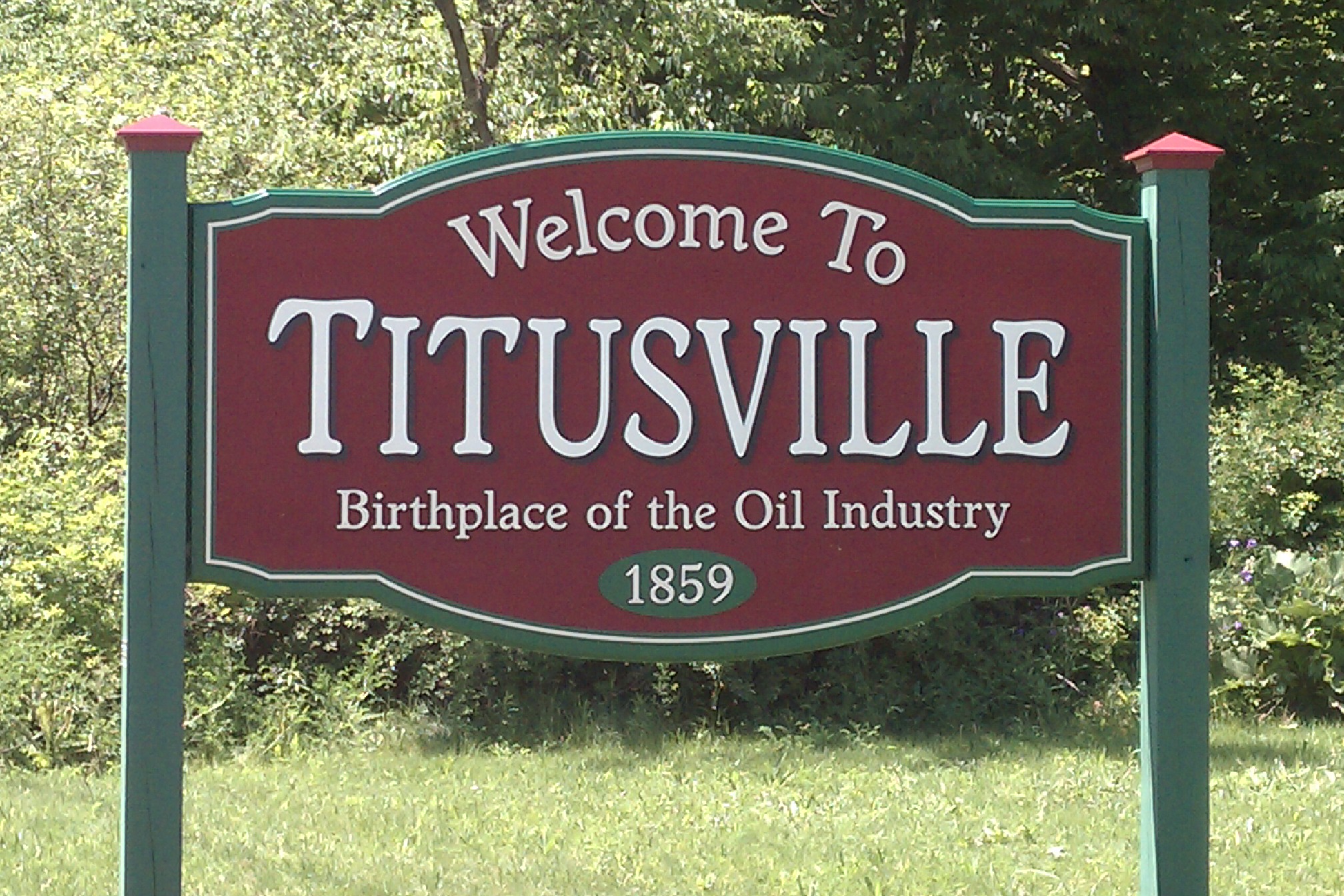 When the book was published in 1876, Buck described Pennsylvania as “now by far the greatest producer of this commodity in American if not in the world.” (p. 3) While Buck makes mention of Colonel E. L. Drake, known for drilling the first commercial oil well at Titusville, PA in 1859, he does so primarily to demonstrate that oil had been previously discovered in the course of drilling for salt water. This book’s publication in Titusville demonstrates the impact that the Drake Well had in the early petroleum industry. As petroleum was primarily used for lighting oil lamps around this time, Buck dedicates a section to the operations supporting the petroleum extraction and lighting industry. As petroleum is still used as a major source of energy and has a tremendous impact on the global economy, it is fascinating to reflect on its humble beginnings and its progression into a major industry. It is also interesting to note a connection between the early history of petroleum and the city of Bethlehem, as one of the early accounts of oil mentioned by Buck was written by a bishop of the Moravian Church, who arrived in the United States in 1802 lived in Bethlehem until the time of his death in 1814.

Lehigh University’s Special Collections specializes in the history of technology, an actively growing collection with frequent additions. New and interesting material will continue to be featured on this blog, so check back for updates. If you have any questions or would like more information, contact Special Collections by email at inspc@lehigh.edu or by phone at 610-758-4506.