Happy first day of class! To celebrate the arrival of the first year class, the Freshman hand book from 1916 (class of 1920) has been digitized and uploaded to Lehigh’s Digital Library. While these handbooks are no longer being published, they have some similarity to the blueprint books being distributed to first year students. 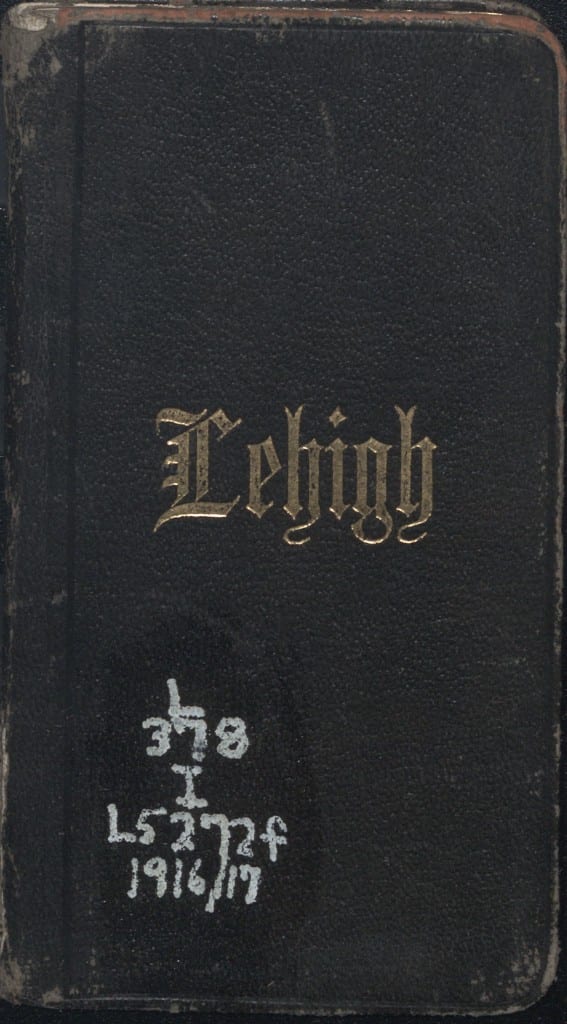 One highlight of this handbook, which was sponsored and published by the Young Men’s Christian Association of Lehigh University, is the list of regulations that freshmen were required to follow. The stated purpose of these regulations was to “avoid embarrassment and stigma of freshness.” It appears that only one rule has survived the intervening century, no smoking in campus buildings. Nine of the sixteen rules deal with what clothing freshman are required to wear or banned from wearing, and 3 of these deal exclusively with freshman caps, which were known as “dinks.” 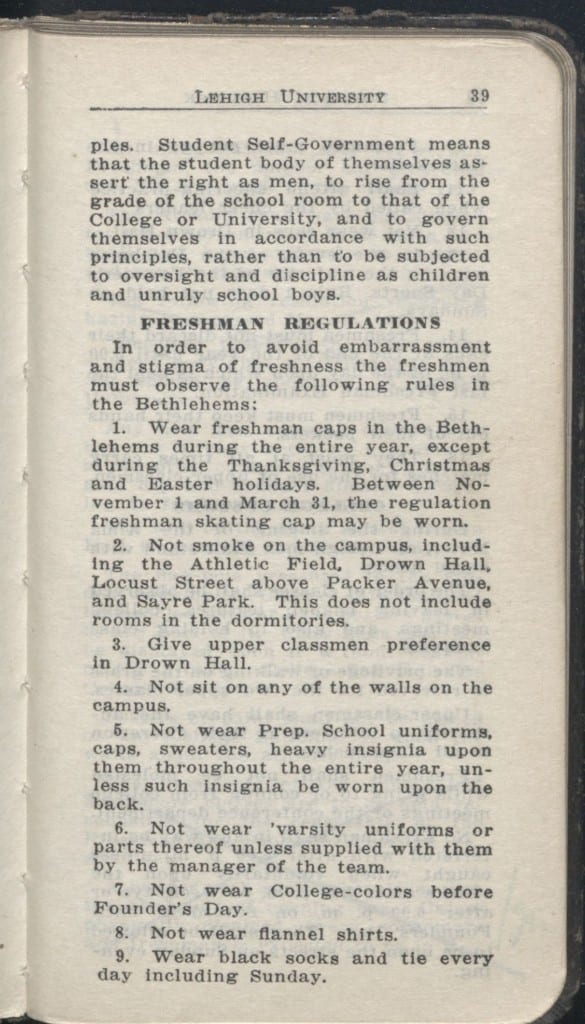 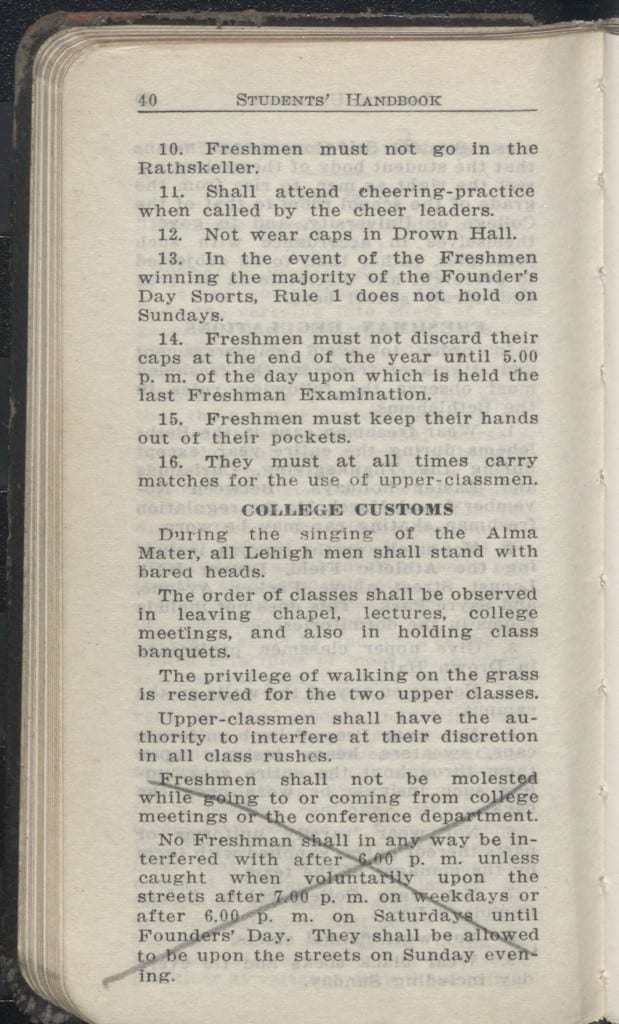 Hazing of freshman students was a serious problem during the early twentieth century, necessitating the inclusion of several paragraphs in the handbook explicitly outlining the protection of freshman. These sections are prominently crossed out in the archival copy held by Special Collections, although it is not known who made these annotations or their intended purpose. 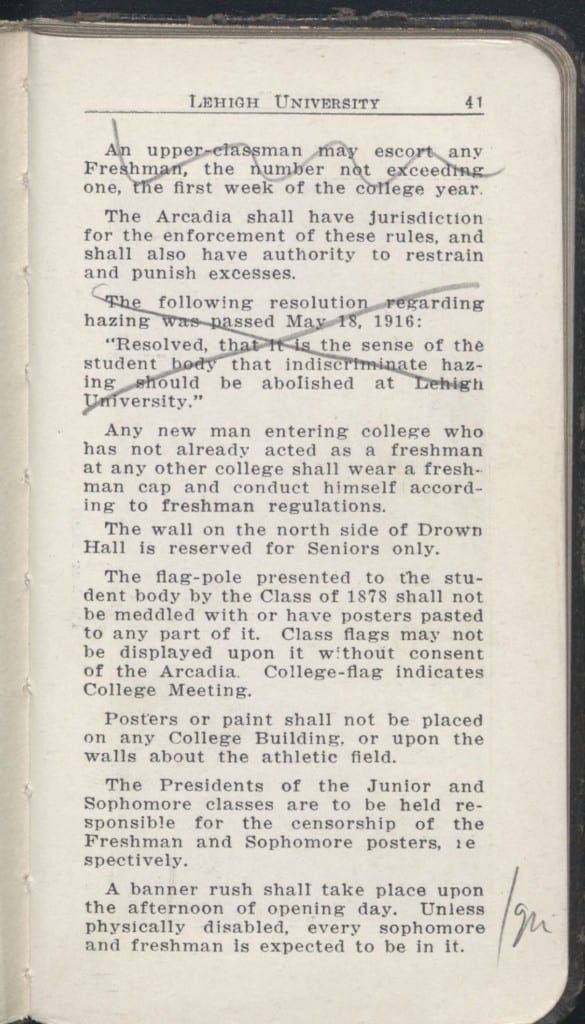 Special Collections holds freshman handbooks dating from 1891 to 1966. These handbooks provide an annual snapshot of what basic information Lehigh provided to its incoming students and the types of issues that were relevant at the time. They also include advertisements from the period that shed light on the local businesses operating in Bethlehem and how they appealed to the student population. 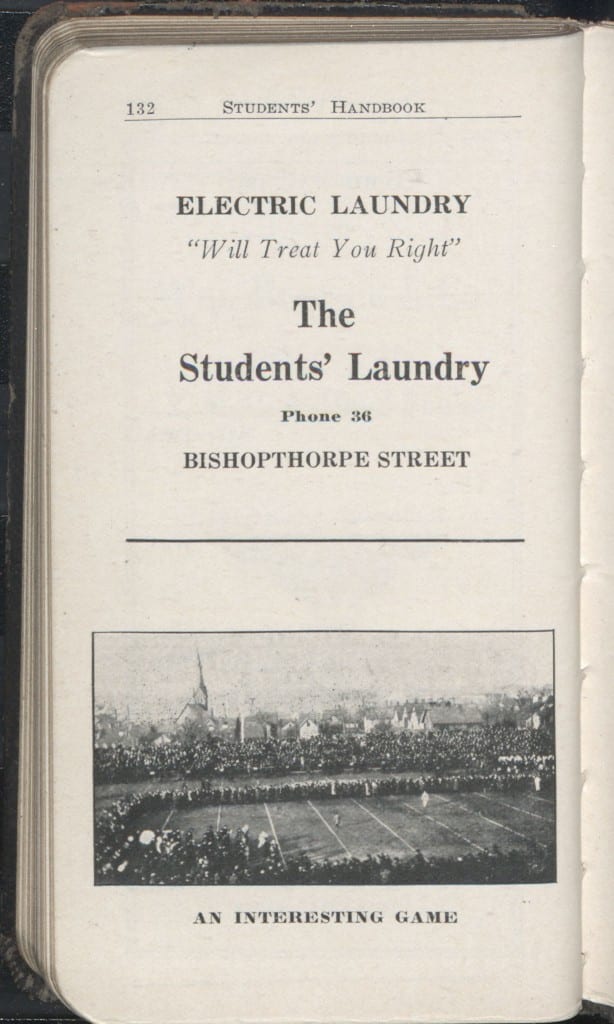