Every year, the American Library Association (ALA) dedicates one week to education and advocacy about the problem of book censorship. This year, staff and students from Special Collections will be writing a series of blog posts examining controversial and challenged books in our holdings. 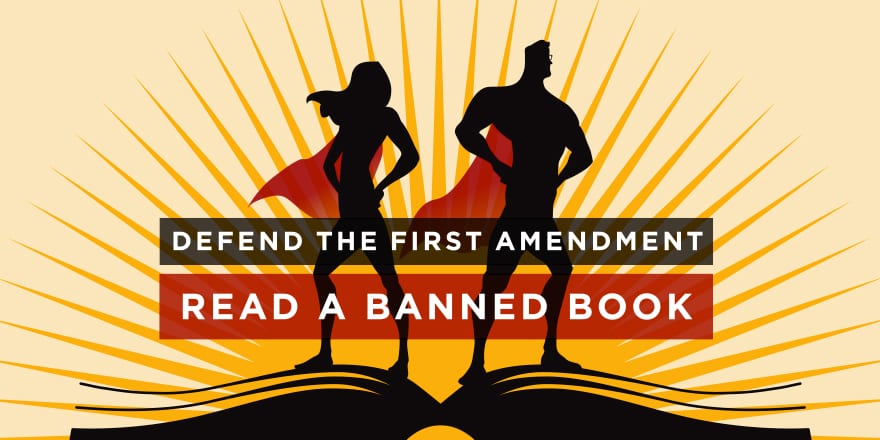 ALA’s top ten most challenged books of 2015 are listed below, three of which are currently available in the collections of the Lehigh Libraries. The absence of commonly challenged books in Lehigh’s collection is not indicative of censorship but rather a reflection of the collection development and purchasing priorities of an academic institution, with a focus on research and scholarly support. 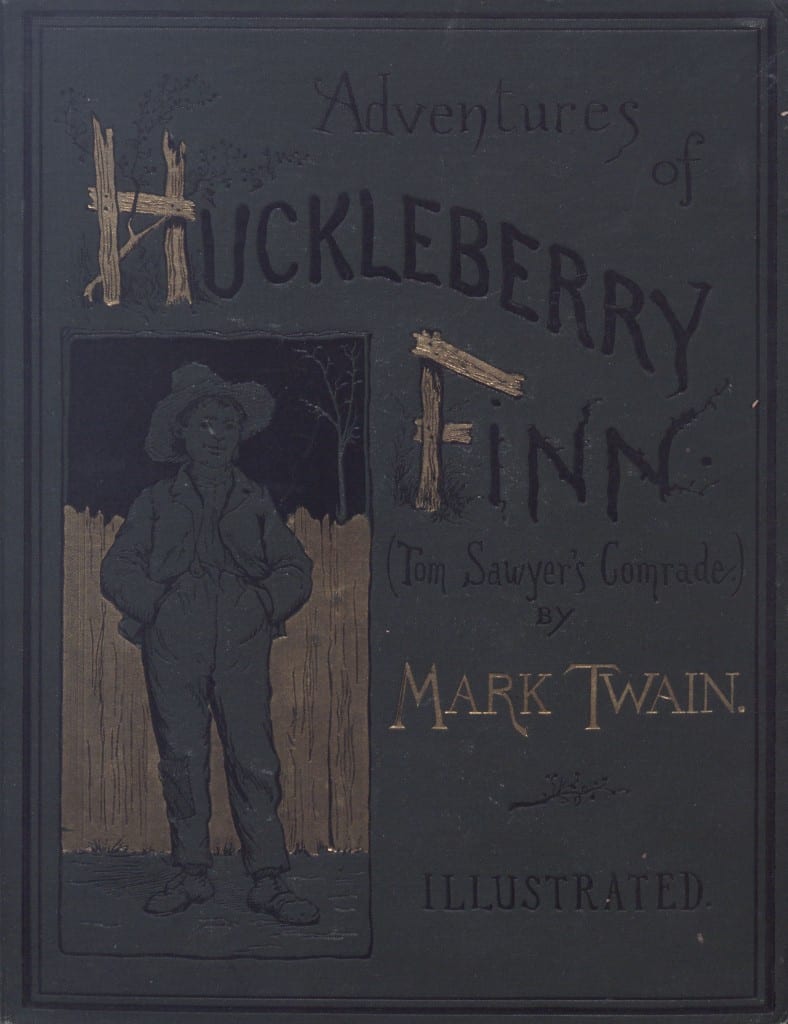 While not on this year’s list of most challenged books, one of the most well-known and frequently contested books of the past one and a half centuries is Mark Twain’s The Adventures of Huckleberry Finn. Twain and Huck Finn are of particular interest to us in Special Collections as they feature prominently in the ongoing exhibit in Linderman Library, Visual and Verbal: The Deborah and Alfred Judson Barcan Collection. Banned Books Week happens to coincide with an event honoring the Barcans for their gift, which will be held Wednesday, September 27 at 4:10pm in the Scheler Humanities Forum (Linderman 200). This event features a presentation by Associate Professor of English Seth Moglen, who will focus on the works of Twain in the Barcans’ collection. For more information on the Barcan Collection, visit the online exhibit, which includes images and descriptions of the books on display, including numerous works by Twain.

According to the ALA,

Since its publication in 1884, “Huck Finn” has been the subject of intense criticism and also acclaim. Initially dismissed by some for its “coarse” vernacular language, the book faced new objections in the twentieth century to its racial language and themes. In May 1996, a class action lawsuit was filed in U.S. District Court in Phoenix, alleging that the district deprived minority students of educational opportunities by requiring racially offensive literature (including “Huck Finn”) as part of class assignments. A federal judge dismissed the lawsuit, stating he realized that “language in the novel was offensive and hurtful to the plaintiff,” but that the suit failed to prove the district violated students’ civil rights. The U.S. Court of Appeals for the Ninth Circuit ruled that requiring students to read literary works that some find racially offensive is not discrimination prohibited by the equal protection clause or Title VI of the 1964 Civil Rights Act (Montecito v. Tempe Union High School District). Today, “Huck Finn” remains a classic contribution to American literature and is often ranked among the truly great American novels. 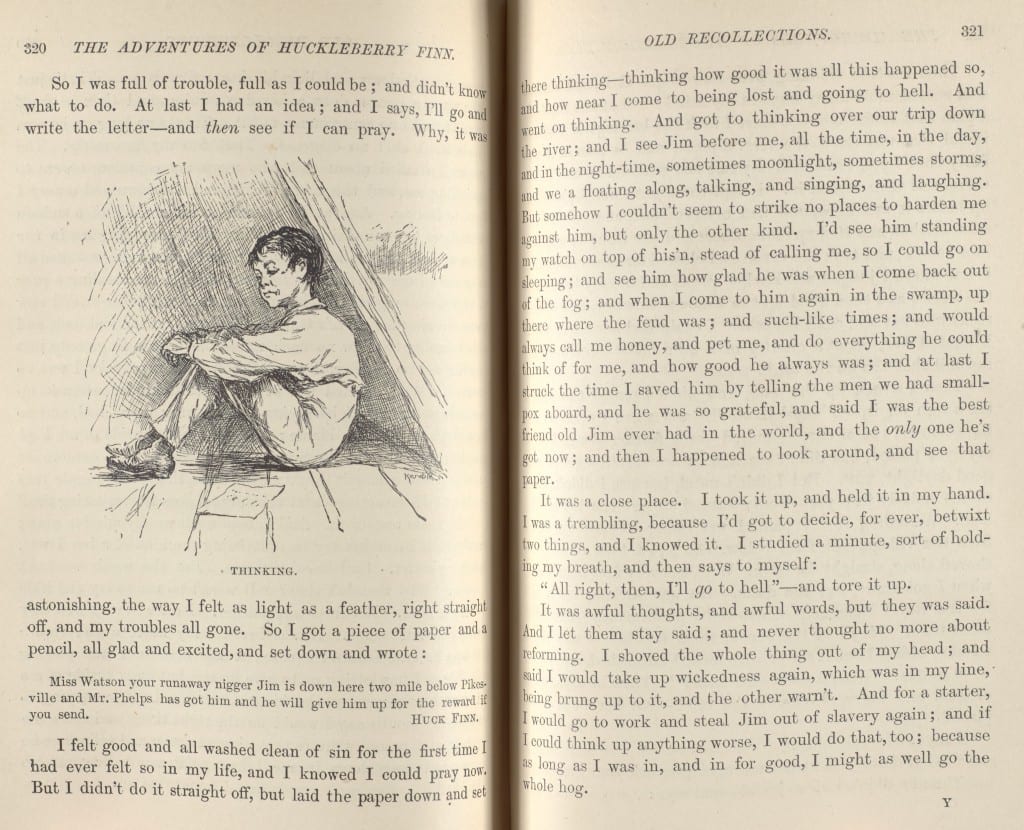 While the modern challenges against Huck Finn focus on its frequent use of the n-word and its racist portrayal of black people, these challenges are somewhat ironic considering that Twain was one of the more progressive writers of his era. In addition to the vernacular language, which readers at the time of its publication considered too vulgar for “real” literature, Huck Finn was also controversial for Huck’s decision to help Jim escape from slavery. In line with the prevailing sentiments of the time, Huck considers Jim to be the lawful property of the Widow Douglas. However, through their adventures together, Huck starts to see Jim as a human being and questions the morality of what for the time should have been the clear course of action – to return the Widow’s stolen property to her. Instead, Huck decides that he would rather endure eternal damnation for stealing and helps Jim to escape.