While Banned Books Week now provides the opportunity to celebrate the reading and expression of unpopular or challenging ideas, the suppression and censoring of controversial ideas in printed books has a long and well documented history.

With the advent of Gutenberg’s printing press in the 15th century came the ability to rapidly and widely disseminate information. This new method of printing made hand-written manuscripts largely obsolete, and in the process broke the Catholic Church’s near monopoly on the written word. In conjunction with the Christian Reformation, this literary revolution challenged the Roman Church’s moral and theological doctrines. In an attempt to combat this threat to Catholic dogma, Pope Paul IV published the 1559 Index Librorum Prohibitorum. This publication was an official list of “books which were not to be read or possessed by Roman Catholics without authorization, or which could be read only in approved or expurgated editions” (Glaister, p. 242). A more moderate, revised list was published in 1564 following the Council of Trent, which was later followed by another revision in 1897 by Pope Leo XIII. The final version of the list was published in 1948 and the Index was officially abolished by the Vatican in 1966.

The first librarian of Oxford University’s Bodleian Library, Thomas James, anticipated Banned Books Week by several centuries. In 1627, James published his Index Generalis, which was based on the Index Expurgatorius, a list of works in need of revision or alteration for Catholic approval. James‘ Index was used “as an invaluable reference work to be sued by the curators of the Bodleian Library when listing those works particularly worthy of collecting” (Encyclopedia of Censorship, p. 133). According to the Encyclopedia of Censorship, James’ preface to the Index Generalis “makes his contempt for the Papacy clear, both because it extended so pervasive a censorship system and, perhaps more so, because the system was so poorly, ignorantly and unprofessionally implemented” (p. 133). Like the Index Librorum Prohibitorum, James’ Index continued to be used into the 20th century. 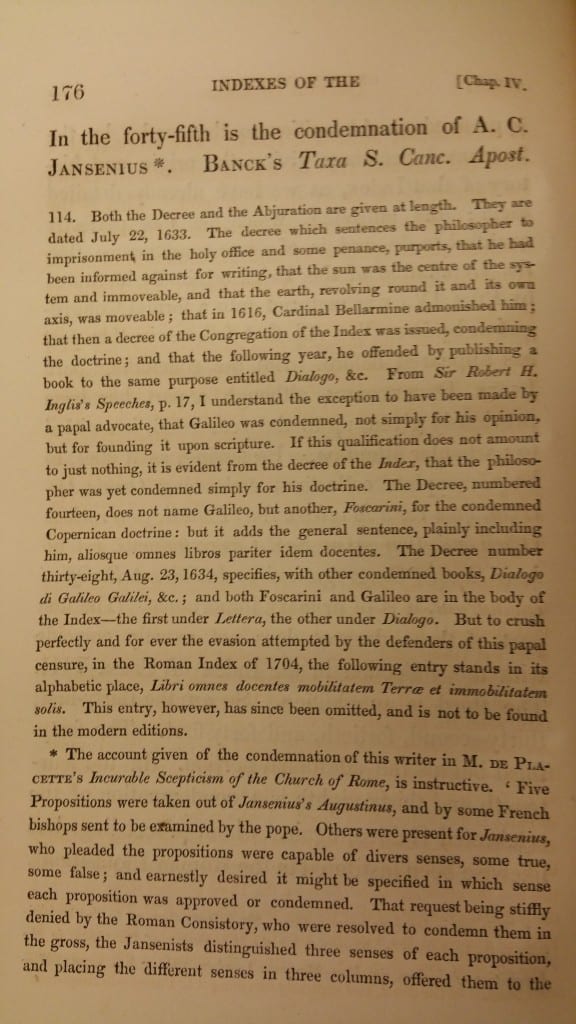 One of the most famous authors on the Index Librorum Prohibitorum was Galileo Galilei, who defended the Copernican model of a heliocentric solar system. Following his trial by the Roman Inquisition, Galileo’s Dialogo was added to the Index and he was officially prohibited from publishing any future works. This historic 1633 prohibition is noted in an 1830 publication titled Literary Policy of the Church of Rome, which was discovered in the circulating collection of Fairchild Martindale Library while researching this post and pictured above. This book was written by a British reverend and presents a historical analysis of the Catholic Church’s policy of censorship. Galileo did not abide by the Church’s ruling, publishing his seminal work Two New Sciences in 1638. Lehigh’s Special Collections holds several editions of Galileo’s Two New Sciences, including a copy of the first edition, which was the one millionth volume acquired by the Lehigh Libraries in 1992. 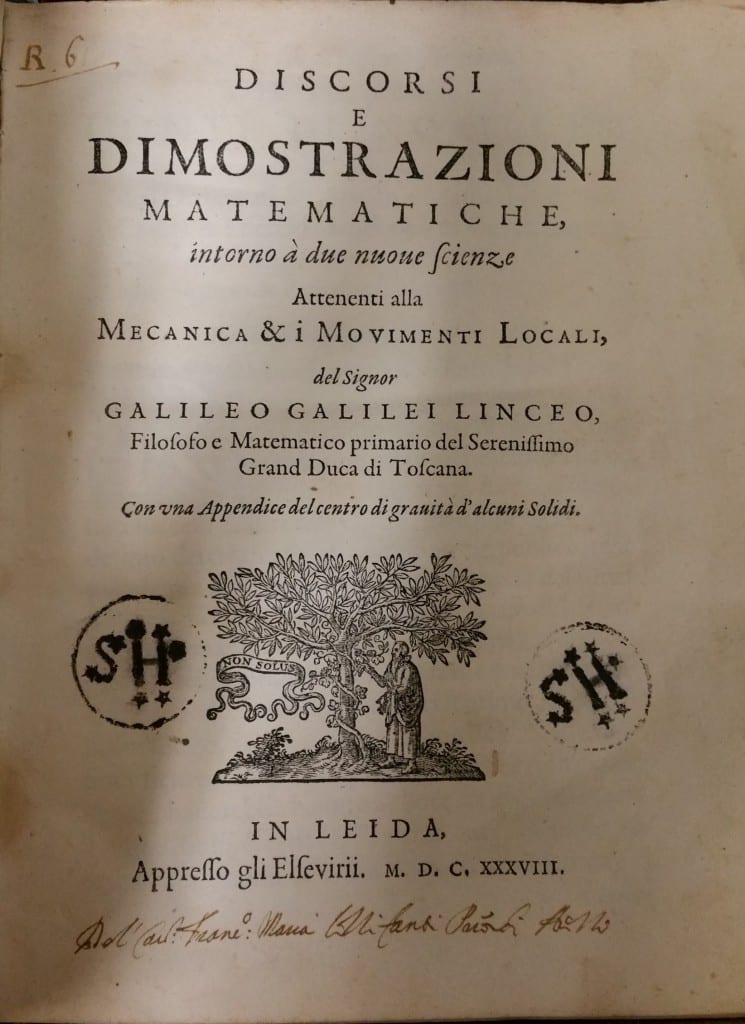 A 1564 version of an Index Librorum Prohibitorum is available online at The Internet Archive provided by the National Central Library of Rome.

A 1576 version of an Index Expurgatorius is available online at Hathitrust provided by Duke University.