In class, our team came up with a conceptual framework for the whole GSIF program. We decided to highlight the cyclical patterns: between academic (theory) and the real world (praxis). We centered the word “Impact” because that is a core goal of GISF, and it connects students, advisors, communities, and partners.

“GSIF is the Avenue for Change” 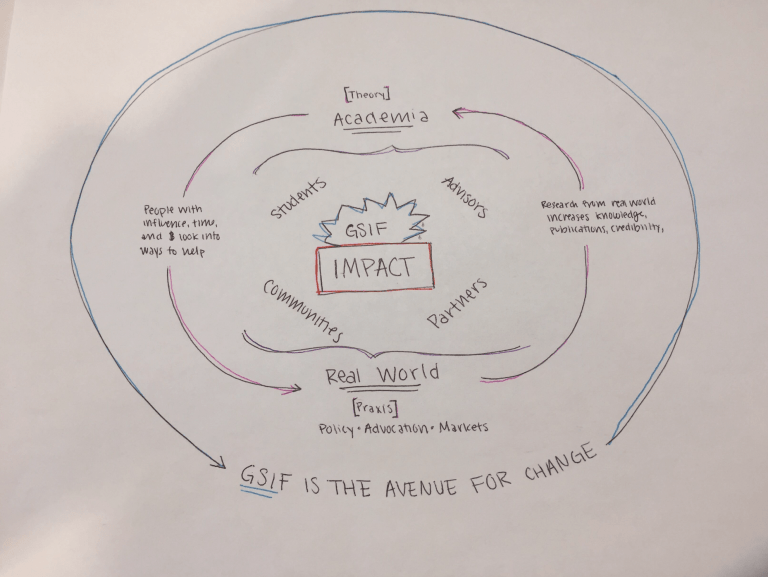 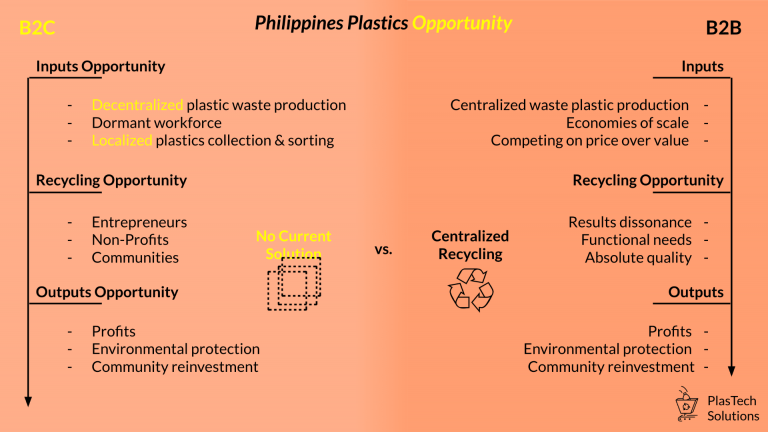 The definition of creativity: creativity is one’s ability to come up with original ideas

Where does creativity happen:

What is flight to a bird?

PART 1:  8 things, define and example for each

The best course of action would be to adopt the first proposed solution. The large US company will be able to create jobs for Chetan’s current employees and provide Neem products to the people who want them. Working in a large and profitable company will likely raise the standard of living of employees.

See part one, Chetan additionally wants to save face

SOLUTIONS to this ethical question: “Is it okay to add a risk of childhood sickness from pesticides in order to lower the risk of HIV/AIDS”

Combination of FIRST and LAST Solution – The combination of these two solutions would attack all of the necessary problems: it educates women, creates more job opportunities for farmers and educators, eliminates pesticides from the production of gruel and makes it more marketable.

Potential Solution: The choice to take a certain number of gruel products and $ per day

Potential Solution: Women receive vouchers instead of money. The vouchers can be used to buy coop food

Potential Solution: Have events where the women can bring their kids to work and pay for the kids’ lunch out of their wages — “Daycare”

The best course of action would be to host a daycare. I chose this option because it saves face of the most amount of people. The women still get to bring home money for the husbands (won’t end up fighting about loss of wages) but they also get to spend more time with their kids during the day, and buy nutritious food for their kids as a mid-day meal. It also creates more jobs in the community and reflects positively on the co-op.

To start out, here are the facts of the case:

Here’s the problem: Jack wants to make a good impression on the children and the staff, but is in an uncomfortable situation as he is being blamed by 4 children for not giving them gifts. The staff is also worried about an outsider come in for a short period of time and criticizing them either rightfully or wrongfully about their professional choices.

These are the stakeholders involved in this case:

Jack: He wants wants to be seen as a good person and for both the kids and the staff to like him. Since he will be working there for a long time, he wants to avoid an uncomfortable living and working environment filled with tension.

Youth Center Staff: The staff doesn’t want an outsider (Jack) to look down upon their work. THey see the mishap with the gifts as a trivial matter. They want to keep good relationship with Jack to preserve relationship with his institution and not to let a trivial thing take over their valuable time and resources.

Kids that didn’t get gifts: They feel slighted by not getting gifts as ceremoniously as the rest of the kids. They want to feel just as important as the other kids

Kids that got gifts (secondary stakeholders): They might tease the other kids, they might feel more important

What are Jack’s options?

Drop it and do nothing. Trying to resolve the issue makes it into a bigger deal than it has to be.

Jack wears a black hat: makes the kids feel special and that their gift is cool

Give the 4 kids a bit of extra attention

If I were in this situation, I would wear the black hat. I would be the only person involved so it doesn’t put a burden on the staff. This approach assumes that the kids think Jack is cool. I think that this is a valid assumption because in general, younger kids look up to older kids. I would probably only wear the hat for a couple days, but this would be enough for the kids to see it and feel a little special when they could match the cool foreigner.

This week we were prompted with a scenario with the following facts:

One of the main ethical dilemmas that the researchers are facing include “is it ethical to conduct this study?” I think that it is ethical to conduct this study because there is almost nothing to lose by conducting this study and almost everything to gain. This study also does not directly study humans, so it faces a different level of scrutiny. Another ethical dilemma the researchers face is the question of “Are we exploiting people for their time and knowledge for our own gain in publication, notoriety, and the potential for impact?” and “Is it ethical to perform research without delivering some form of solution or aid?” To answer these questions, I looked into the stakeholders and their motivations.

Given all of the different stakeholders and facts about this research project, I think that the best course of action would be to go to the community leader and talk to him about the research project. The leader will be able to point out water sources on a map as well as connect you with good guides. The researchers would pay the guides the going wage for labor. This option would put the researchers in good standing with the community leader and encourage their guides to work well and thoroughly. It also would streamline the data collection process.  The only con I can forsee would be if the guides take longer than necessary to do their tasks.

Other solutions could be the following: